Carter Anhold & Co., Solicitors dedicates a large section of its firm to the area of Family Law practice.

If you currently have a Family Law based query or concern we have a number of Solicitors at hand to assist you in dealing with any of those queries or concerns.

At Carter Anhold & Co., Solicitors we are conscious that many Family Law issues can be difficult personally for the parties involved. We are also very conscious of the requirement to be sensitive to those difficulties and of the many facets or differing dimensions that a particular family matter may have.

Some of the main areas we practice in are as follows:

One of our family law solicitors will explain your options to you in this area which include:

This effectively is a Separation Contract and the most cost effective way of dealing with a separation without the initial necessity of having to go to Court.

All areas with the exception of Pension Adjustment Orders can be dealt with through a Separation Agreement including the Division of Marital Assets, Maintenance, Custody and Access to children, and Succession rights including other areas.

A Separation agreement however may be required to be made a rule of Court.

Various ancillary orders can be made attaching to an Order of Judicial Separation including orders affecting the division of the interests or sale of the family home, and equally orders with regard to Maintenance, Custody and Access to children, Succession rights and Pension rights including other areas.

An order of Judicial Separation does not allow a party to re-marry.

An order of Divorce of the Court effectively allows the parties to remarry.

A party seeking a Divorce must however prove to the satisfaction of the Court that:

Proper provision is made or will be made for the spouse and dependent members of the family. Ancillary orders can also be sought through Divorce also.

A marriage can be declared null  and void where the Court is satisfied that a couple were never legally married in the first instance, and there are a number of qualifications which must exist to prove the requirements of nullity.

If there are Children of the Marriage or of a Partnership then the Welfare and the concerns of the children should always be of primary importance.

At Carter Anhold & Co., Solicitors we are always on hand to assist you with any queries or concerns that you have have with regard to:

Should you require any assistance on all of the above, please feel free to contact us. 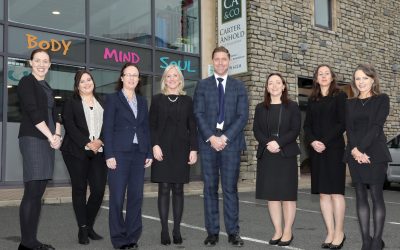 The family leave provisions under the Family Leave and Miscellaneous Provisions Act 2021 (“the Act”) has now been commenced, meaning parents can avail of three weeks additional Parent’s Leave and Parent’s Benefit within the first two years of birth or adoption of a child. 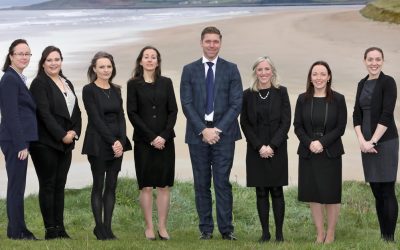 Parts I and II of The Family Law Act 2019 commenced on 1 December 2019 and amend The Judicial Separation and Family Law Act, 1989, The Family Law Divorce Act 1996 and The Civil Partnership and Certain Rights and Obligations of Cohabitants Act, 2010. 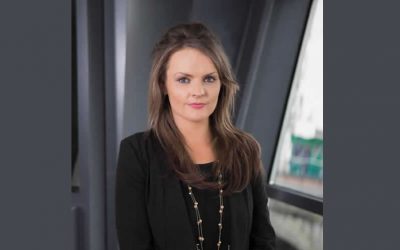 The Rights of Cohabitants in Ireland

The Civil Partnership and Certain Rights and Obligations of Cohabitants Act 2010 came into force on 1 January 2011. It brings about a complete transformation of the law in relation to cohabiting couples. Many couples choose to live together in a relationship without...

GET IN TOUCH WITH CARTER ANHOLD FAMILY LAW SOLICITORS TODAY.

FILL IN THE ENQUIRY FORM AND ONE OF OUR SOLICITORS WILL BE IN CONTACT WITH YOU WITHIN 3 HOURS OR LESS.

“Carter Anhold & Co. Solicitors in Sligo dealt with a mortgage case for me.  I found the team to be both understanding and thorough while giving first class legal advice.  Ornagh and the rest of the team had a professional & approachable attitude.  They were a pleasure to deal with.  I would have no hesitation in recommending them to others.”
Ronan McNamara

“I would like to sincerely thank Carter Anhold & Co. for their continued legal support.  I have always been kept informed with updates on my case.  All the staff dealing with my case did so with due care and attention.  I have found dealing with this firm a pleasure and would highly recommend them.”
Maria

“Carter Anhold & Co Employment Solicitors Sligo dealt with an employment matter whereby I needed legal assistance.  Thankfully my case was successful, avoiding a big liability to my company.  The staff at Carter Anhold & Co. Solicitors were attentive and prompt when helping to bring my matter to a successful conclusion.  We would highly recommend them.”
Cafe Presse t/a Pachino’s (Michael Martin)

“I am thrilled with the outcome of my legal case and would highly recommend Donnacha and his team at Carter Anhold & Co. Solicitors, who dealt with an employment related issue for me.  My case was dealt with in both an efficient and professional manner.  The solicitors offered great reassurance throughout my case while giving me expert advice all the way which lead to my matter being brought to a successful conclusion.  I would highly recommend Donnacha and his team.”
Victoria

“I am thrilled with the outcome of my legal case and would highly recommend Donnacha and his team at Carter Anhold & Co. Solicitors who dealt with an employment-related issue for me. My case was dealt with in both an efficient and professional manner. The solicitors offered great reassurance throughout my case while giving me expert advice all the way which led to my matter being brought to a successful conclusion. I would highly recommend Donnacha and his team.”
Jurgita Bukauskaite

“Carter Anhold & Co., Solicitors recently acted for me in relation to a High Court action with Allied Irish Banks plc wherein my family home was at risk of being taken from me. This of course was an extremely distressing and unsettling time but thankfully the matter has now concluded and I would like to express my appreciation to my Solicitors for the efficient and indeed professional manner in which my affairs were dealt with. The level of detail looked at on all issues of my case was impressive to say the least, and I owe the success and victory of my case to your dedication and perseverance.”
Anne Garvey

“Carter Anhold & Co took on my medical negligence case and I couldn’t be happier with the outcome of the matter. Donnacha negotiated a great settlement on my behalf and I would like to thank him and the staff at Carter Anhold for their hard work, professionalism and the delicacy with which they handled this very sensitive matter.”
Melinda

“Sincere thanks to Carter Anhold & Co., Solicitors for representing me in my recent High Court action relating to an Equine Partnership Dissolution and for successfully securing a Settlement of €75,000.00 on my behalf.Their professionalism and vast experience in dealing with equestrian related cases is exceptional.I was expertly advised every step of the way. Thrilled with the outcome, and would highly recommend Carter Anhold & Co.,Solicitors.”
Padraig Judge

“When our loan was bought over, it was an extremely difficult and worrying time for us. We would like to thank Donnacha Anhold, Caroline Mc Keown and all the team at Carter Anhold & Co for bringing the matter to a successful conclusion and for the highly professional manner in which they did so .We would highly recommend Carter Anhold & Co.,Solicitors.”
Una & David

“Carter Anhold & Co., Solicitors Sligo & Dublin successfully secured the setting aside of a very serious Judgment that a former bank incorrectly registered against me, where the consequences of this would have been very serious for me and my family. I would like to thank Carter Anhold & Co., Solicitors in Sligo & Dublin for their expert legal assistance on the matter and I would have no hesitation in recommending them to anybody in a similar situation.”
Financial Client

“I highly recommend Donnacha and Carter Anhold. They are a hard working, patient and professional team as well as being experts in Family Law.  After a negative experience before Carter Anhold, I decided that hiring a private solicitor was in my best interests. I am happy to say that my separation case was settled in my favour in a timely and stress-free manner. I would not hesitate to recommend Donnacha to others that are dealing with the sensitive issues around Family Law.”
Family Law Case