The Law of Defamation

The Law of Defamation allows an individual to protect, restore and vindicate the integrity of his or her good name where it may have come under unjust attack.

The number of defamation cases in Ireland has risen exponentially in recent years, and it is believed that social media may be a driving force behind this increase.  Traditional media platforms, such as newspapers or radio, typically incorporate checks and balances prior to publication. For example, newspaper articles are rarely published without passing an editor’s desk. However, social media allows individuals to make unchecked and unedited comments at any time and with great ease. Social media postings also have the potential to reach large numbers of people directly. Unfortunately, these postings, if defamatory, can seriously damage the good reputation of an individual. Each individual has a right to a good name, and this principle has been enshrined in Article 40.3.2° of the Constitution, the common law, and in statute for generations. Thus, an attack on a person’s reputation or good name is actionable.

The Defamation Act 2009 sets out the current law of defamation in Ireland. Section 6(2) of the Act defines defamation as “the publication, by any means, of a defamatory statement concerning a person to one or more persons (other than the first-mentioned person)”. It further elaborates that a “defamatory statement means a statement that tends to injure a person’s reputation in the eyes of reasonable members of society”.

There are a number of elements that make up the basis of a defamation action.

Firstly, there must be the publication of a statement. Publication has a broad definition but can be boiled down to meaning any communication to a third party other than to the person who claims they have been defamed. Publication of a statement can be written, oral, electronic or even by sound or gesture. Naturally, with the increasing prominence of social media, a posting online or on a social media platform also comes within the definition of publication for the purposes of the Act.

It is also important to note that defamatory statements are actionable per se. This means that they do not require proof of actual damage to the defamed party in order for an action to be brought. Instead, what matter is that the statements were defamatory and had the potential to damage an individual’s reputation.

A final consideration is that if the social media post was made by somebody outside Ireland, it must be shown that it was accessed by individuals in this country for a defamation case to proceed here, as per the case of Coleman v MGN Ltd [2012] IESC 20.

In recent years a number of cases arising from online defamation have led to much-publicised settlements and awards.

In 2017, a settlement of over €30,000 and a formal apology were made in Letterkenny Circuit Civil Court. The case involved a married couple who were defamed by their neighbour in a series of Facebook posts. The neighbour had falsely stated that the Plaintiff husband was engaging in an affair, amongst other spurious allegations. The Judge described the allegations as “scurrilous and reckless” and stated that the couple were “wronged and their names seriously sullied”. The Judge concluded by stating that social media posts “can result in long term hurt to families and people’s good names”.

In another recent case, this time against the HSE, a settlement of €40,000 was approved by Mr. Justice Kevin Cross of the High Court in circumstances where a woman was defamed on social media by the foster parents of her child. The settlement figure was exclusive of legal costs.

It should be noted that there are number of defences which may succeed in defeating a defamation case even when the elemements of defamation are present. These include: truth, privilege (absolute and qualified), honest opinion, offer of amends, apology, consent, fair and reasonable publication (on matter of public interest), innocent publication and the Directive on E-Commerce.

In relation to the last defence mentioned above, the directive excludes from liability “relevant service providers” when they are mere conduits or when they are caching or hosting material. This is an important consideration when taking a defamation action on foot of a statement published on a social media site such as Twitter or Facebook. The social media site is generally excluded from liability for the statement. Moreover, they are under no obligation to give the details of the user who published they defamatory statement on their platforms. An individual may have to seek a Norwich Pharmacal order to force the platform to disclose the details of its users. In Muwema v Facebook Ireland [2016] IEHC 519 the court made clear that it was at its discretion to make such an order, as such it is not guaranteed. As a result, it is of great benefit if the individual who published the statement is easily identifiable.

The awaited Harassment, Harmful Communications and Related Offences Act has been signed into law on the 28 December 2020. 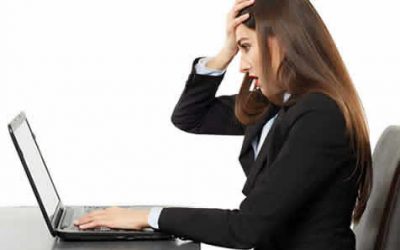 Defamation can arise in many ways; through the written word, in audio form such as TV and radio, and in today’s world, through online platforms such as Facebook, Twitter, Blogs, or even group chats.

Get in touch with Carter Anhold Defamation Solicitors today.

Fill in the enquiry Form and one of our Solicitors will be in contact with you within three hours or less..

“Carter Anhold & Co. Solicitors in Sligo dealt with a mortgage case for me.  I found the team to be both understanding and thorough while giving first class legal advice.  Ornagh and the rest of the team had a professional & approachable attitude.  They were a pleasure to deal with.  I would have no hesitation in recommending them to others.”
Ronan McNamara

“I would like to sincerely thank Carter Anhold & Co. for their continued legal support.  I have always been kept informed with updates on my case.  All the staff dealing with my case did so with due care and attention.  I have found dealing with this firm a pleasure and would highly recommend them.”
Maria

“Carter Anhold & Co Employment Solicitors Sligo dealt with an employment matter whereby I needed legal assistance.  Thankfully my case was successful, avoiding a big liability to my company.  The staff at Carter Anhold & Co. Solicitors were attentive and prompt when helping to bring my matter to a successful conclusion.  We would highly recommend them.”
Cafe Presse t/a Pachino’s (Michael Martin)

“I am thrilled with the outcome of my legal case and would highly recommend Donnacha and his team at Carter Anhold & Co. Solicitors, who dealt with an employment related issue for me.  My case was dealt with in both an efficient and professional manner.  The solicitors offered great reassurance throughout my case while giving me expert advice all the way which lead to my matter being brought to a successful conclusion.  I would highly recommend Donnacha and his team.”
Victoria

“I am thrilled with the outcome of my legal case and would highly recommend Donnacha and his team at Carter Anhold & Co. Solicitors who dealt with an employment-related issue for me. My case was dealt with in both an efficient and professional manner. The solicitors offered great reassurance throughout my case while giving me expert advice all the way which led to my matter being brought to a successful conclusion. I would highly recommend Donnacha and his team.”
Jurgita Bukauskaite

“Carter Anhold & Co., Solicitors recently acted for me in relation to a High Court action with Allied Irish Banks plc wherein my family home was at risk of being taken from me. This of course was an extremely distressing and unsettling time but thankfully the matter has now concluded and I would like to express my appreciation to my Solicitors for the efficient and indeed professional manner in which my affairs were dealt with. The level of detail looked at on all issues of my case was impressive to say the least, and I owe the success and victory of my case to your dedication and perseverance.”
Anne Garvey

“Carter Anhold & Co took on my medical negligence case and I couldn’t be happier with the outcome of the matter. Donnacha negotiated a great settlement on my behalf and I would like to thank him and the staff at Carter Anhold for their hard work, professionalism and the delicacy with which they handled this very sensitive matter.”
Melinda

“Sincere thanks to Carter Anhold & Co., Solicitors for representing me in my recent High Court action relating to an Equine Partnership Dissolution and for successfully securing a Settlement of €75,000.00 on my behalf.Their professionalism and vast experience in dealing with equestrian related cases is exceptional.I was expertly advised every step of the way. Thrilled with the outcome, and would highly recommend Carter Anhold & Co.,Solicitors.”
Padraig Judge

“When our loan was bought over, it was an extremely difficult and worrying time for us. We would like to thank Donnacha Anhold, Caroline Mc Keown and all the team at Carter Anhold & Co for bringing the matter to a successful conclusion and for the highly professional manner in which they did so .We would highly recommend Carter Anhold & Co.,Solicitors.”
Una & David

“Carter Anhold & Co., Solicitors Sligo & Dublin successfully secured the setting aside of a very serious Judgment that a former bank incorrectly registered against me, where the consequences of this would have been very serious for me and my family. I would like to thank Carter Anhold & Co., Solicitors in Sligo & Dublin for their expert legal assistance on the matter and I would have no hesitation in recommending them to anybody in a similar situation.”
Financial Client

“I highly recommend Donnacha and Carter Anhold. They are a hard working, patient and professional team as well as being experts in Family Law.  After a negative experience before Carter Anhold, I decided that hiring a private solicitor was in my best interests. I am happy to say that my separation case was settled in my favour in a timely and stress-free manner. I would not hesitate to recommend Donnacha to others that are dealing with the sensitive issues around Family Law.”
Family Law Case